It goes without saying that the Alien franchise is one of the finest line up of movies of the last half-century and if you’ve got a love of the fashion from the original movies then you’re going to want to sit up and take notice of these Reebok Alien Stomper 40th Anniversary Sneakers which, as the name suggests, are a celebration of Ripley et al tackling some of the scariest movie monsters to grace the silver screen some four decades ago. 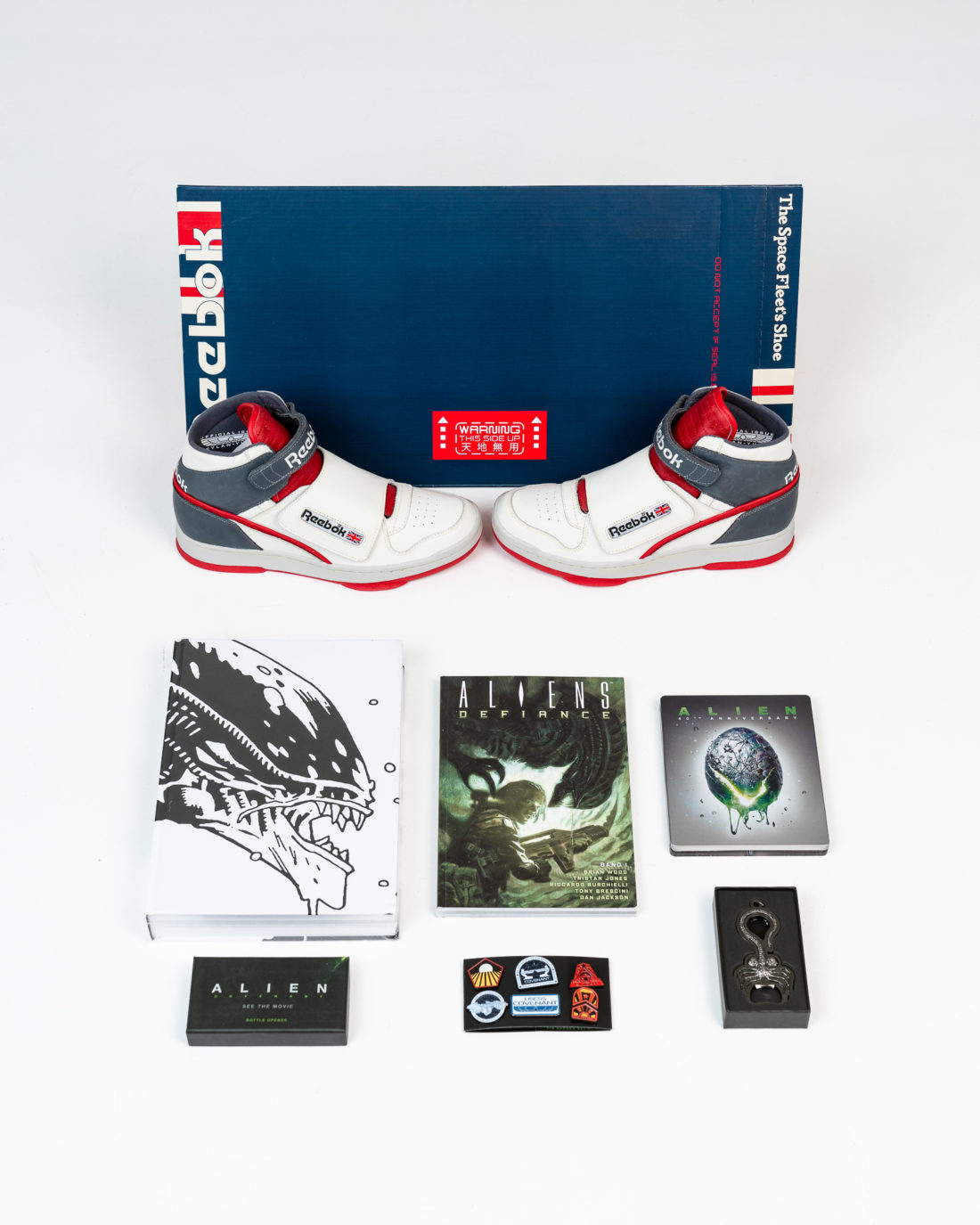 The Reebok Alien Stomper 40th Anniversary Sneakers boast an excellent retro vibe that is sure to appeal to sneaker heads out there and the fact you can get your hands on a pair for a mighty reasonable price tag of $175 is another great piece of news for Alien fans. These excellent looking sneakers from Reebok come in a white, scarlet and snowy grey colour way that is reminiscent to the pair worn in the film and they take their design inspiration from sketches and memoirs from the original creators of the movie footwear.

If you’ve watch the Alien movie as obsessively as us here at The Sinsa, these Reebok Alien Stomper 40th Anniversary Sneakers will be immediately recognisable and you’ll likely already be shouting “shut up and take my money” at your screen. They are great to look at and homage to the prototypes and original concepts from the classic film. The logos and designs featured on this new shoe reflect logo concepts that were never used in the original release of Alien, and which were all created by the movie’s design team leading up to its 1979 debut. 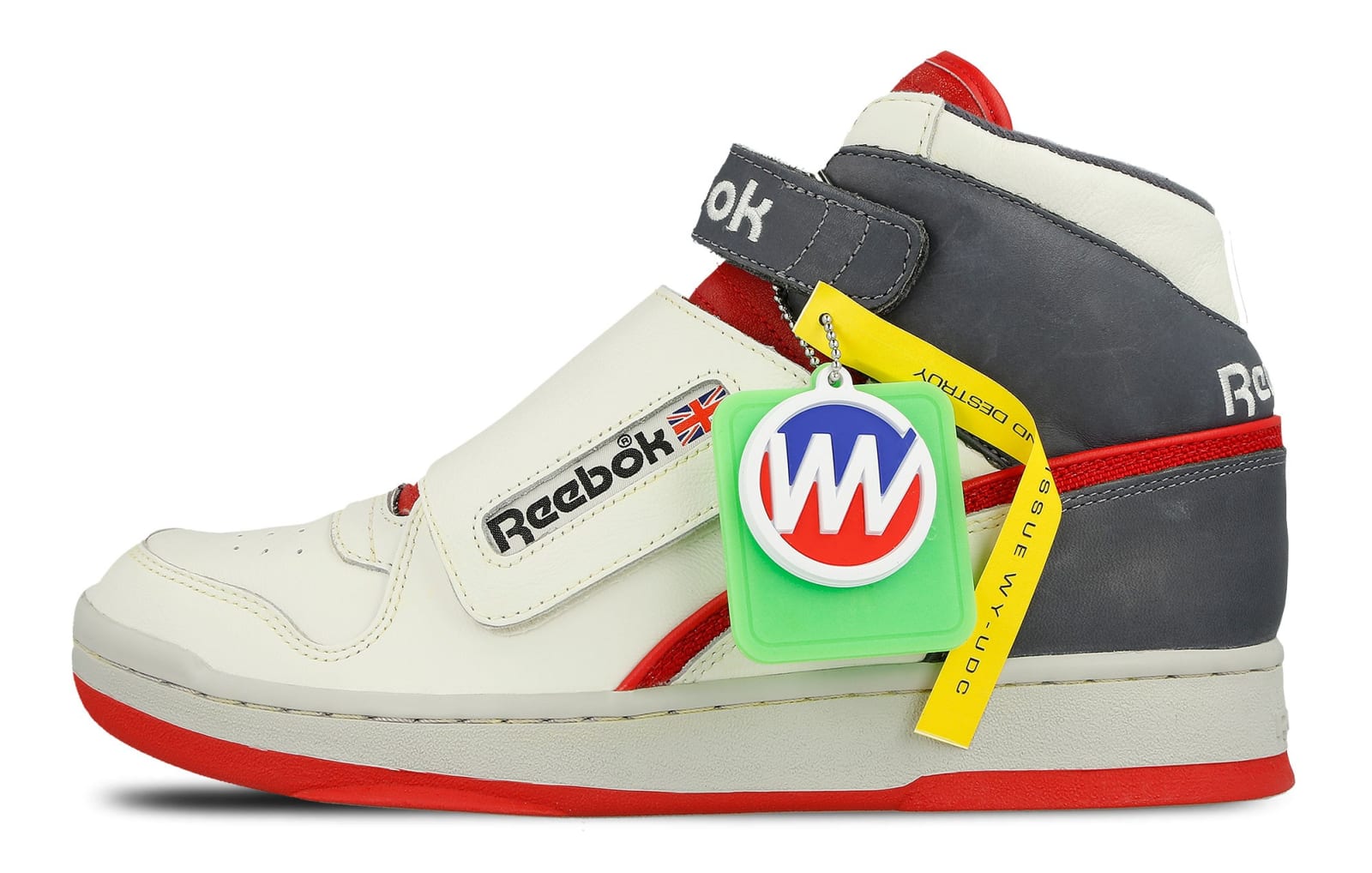 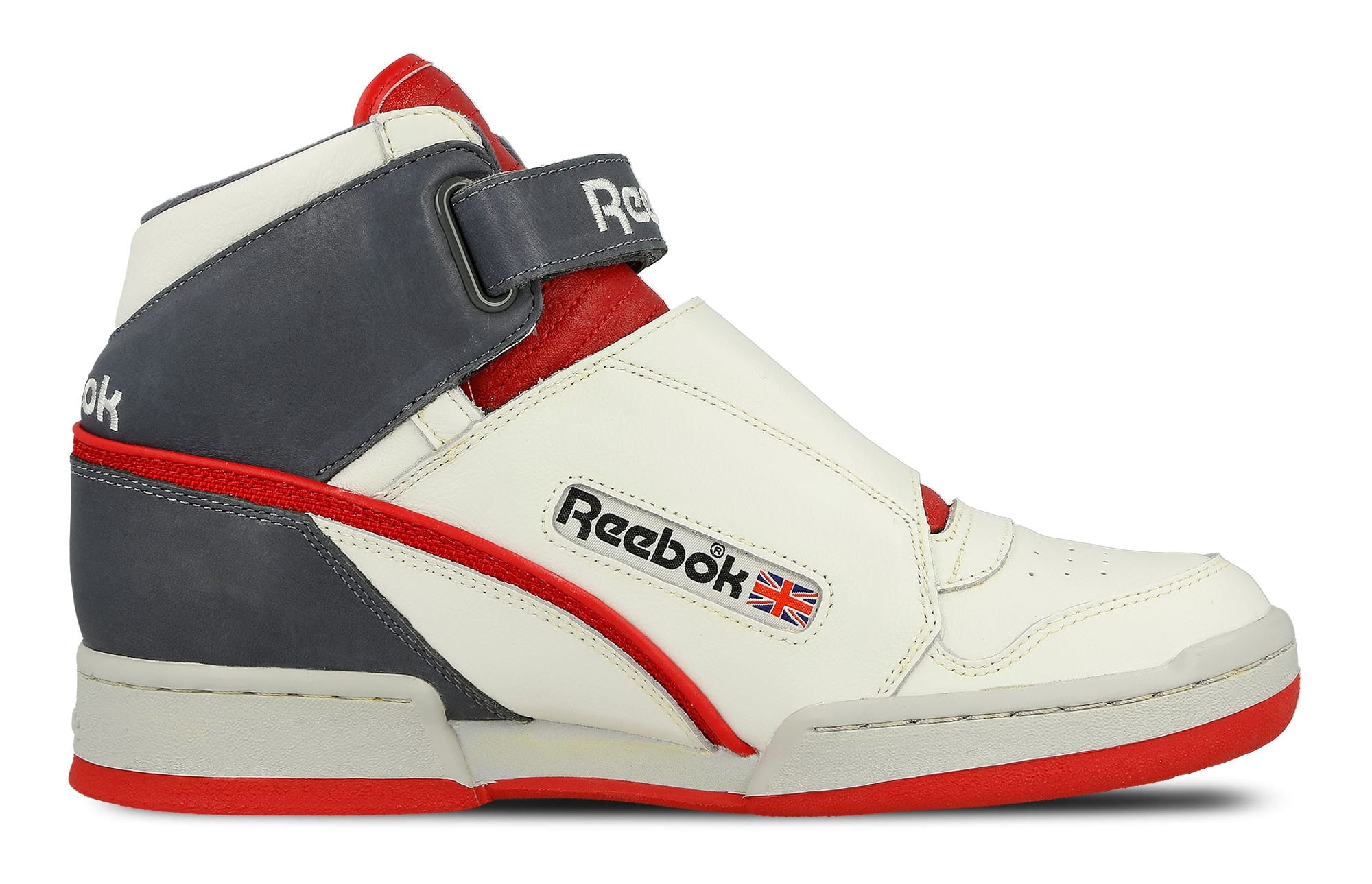 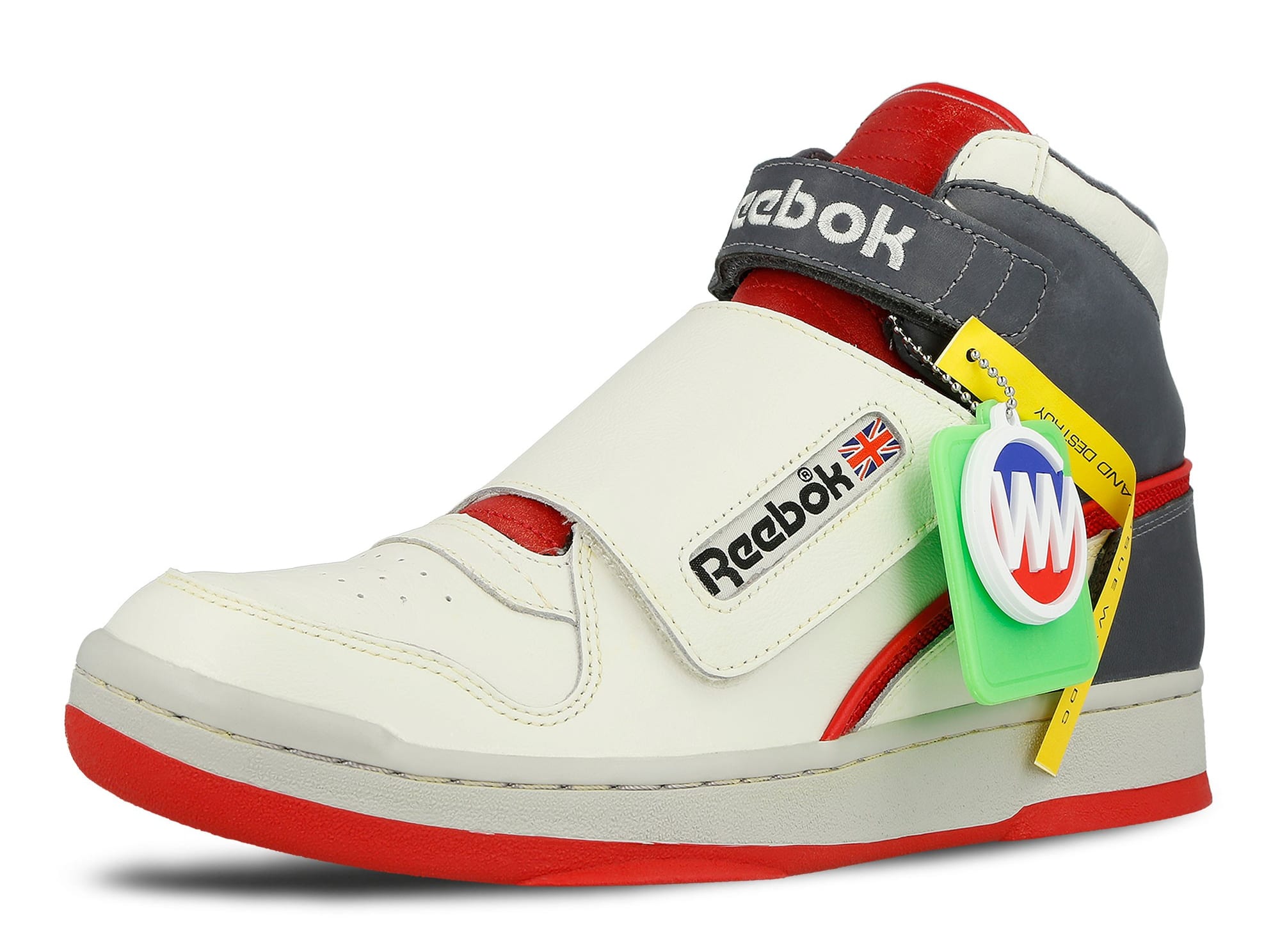 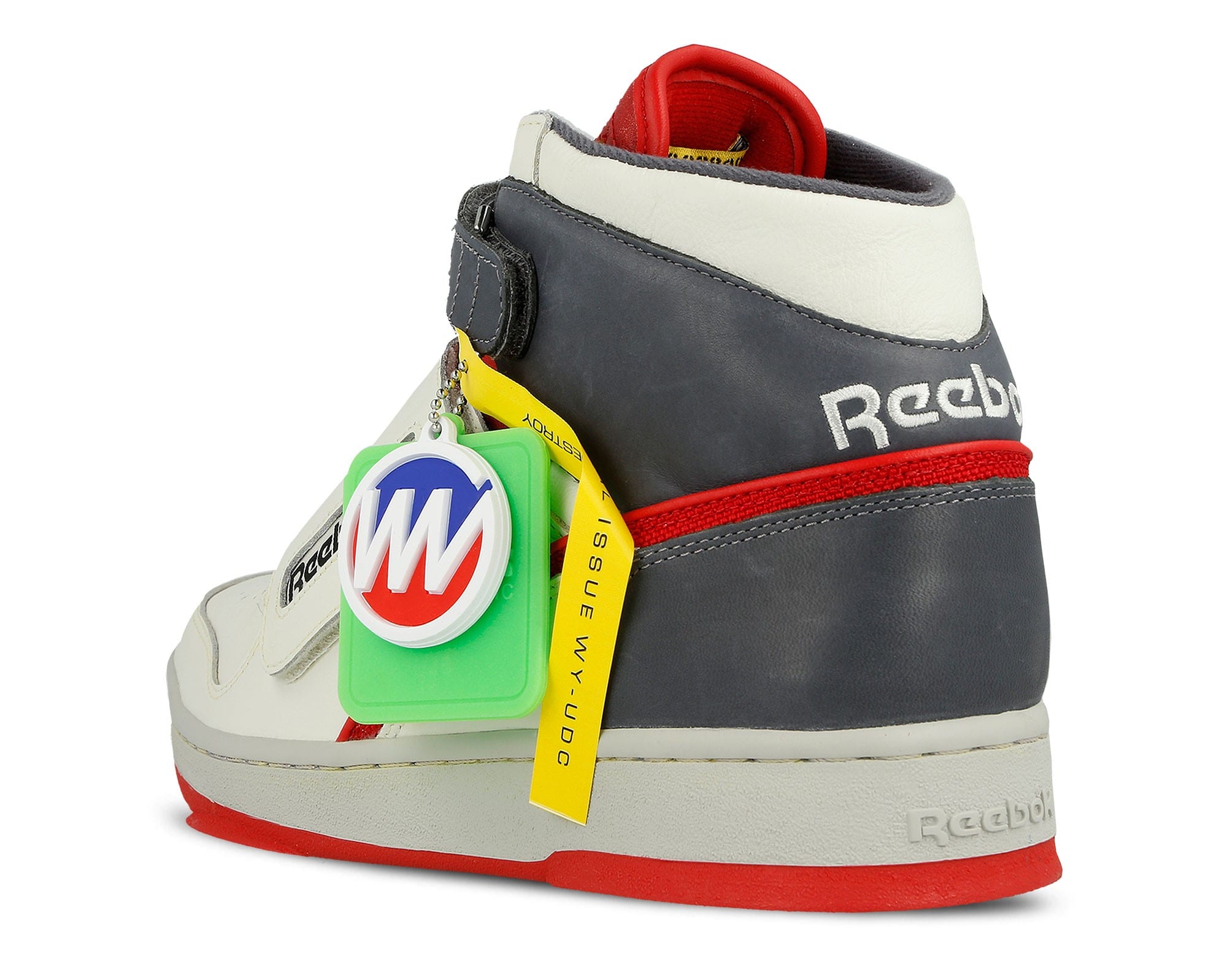 The Reebok Alien Stomper 40th Anniversary Sneakers ($175) are made from premium aged leather and boast a vintage effect that expertly alludes to a prototype that’s been discovered 40 years later, and the vintage box and certificate provide authenticity. There is a real attention to detail that has gone into the design of this phenomenal footwear and regardless of whether you’re a fan of Alien or not, you’ll find it hard not to be impressed with the eye-catching aesthetics of these top class sneakers from Reebok. 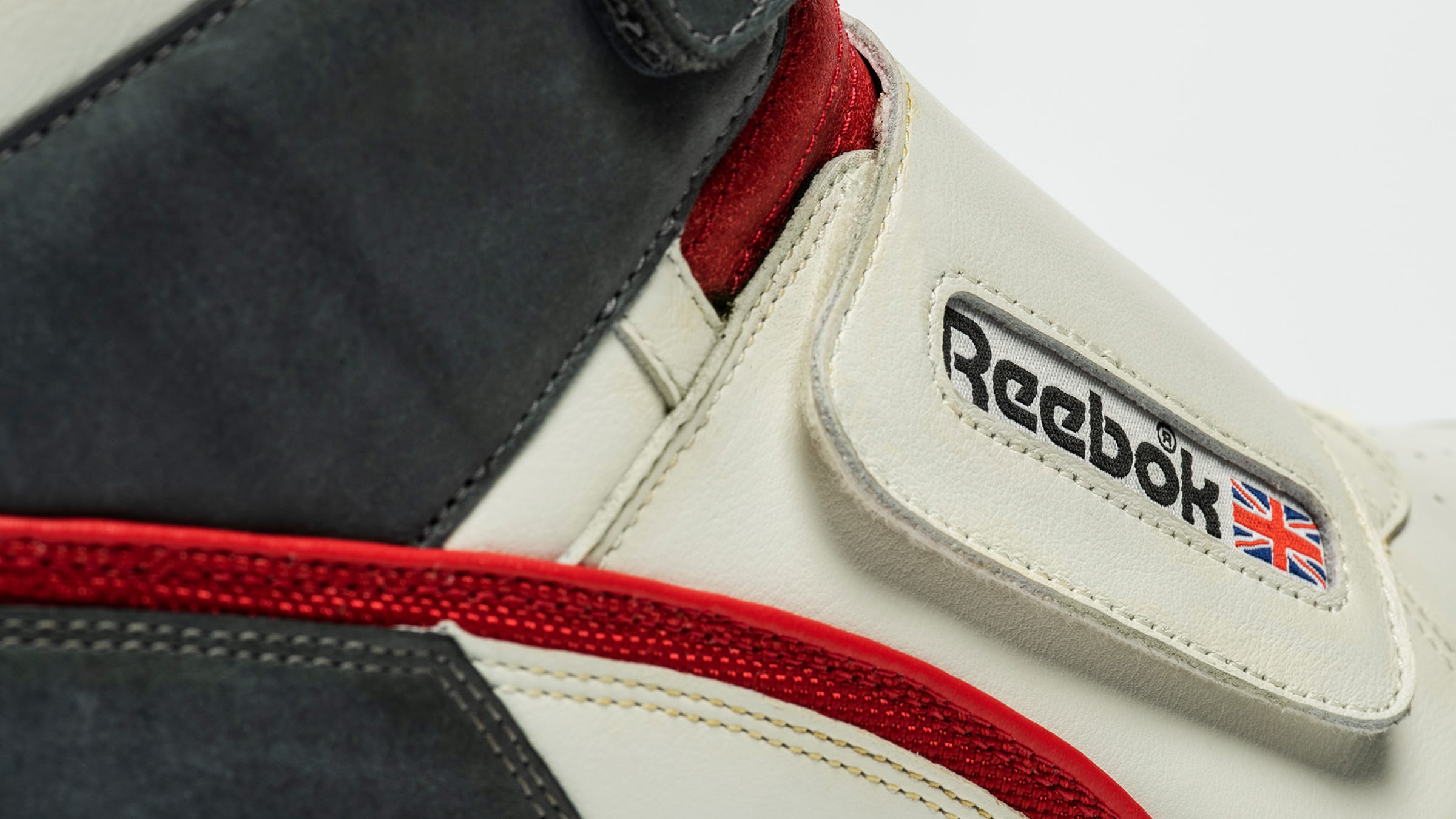 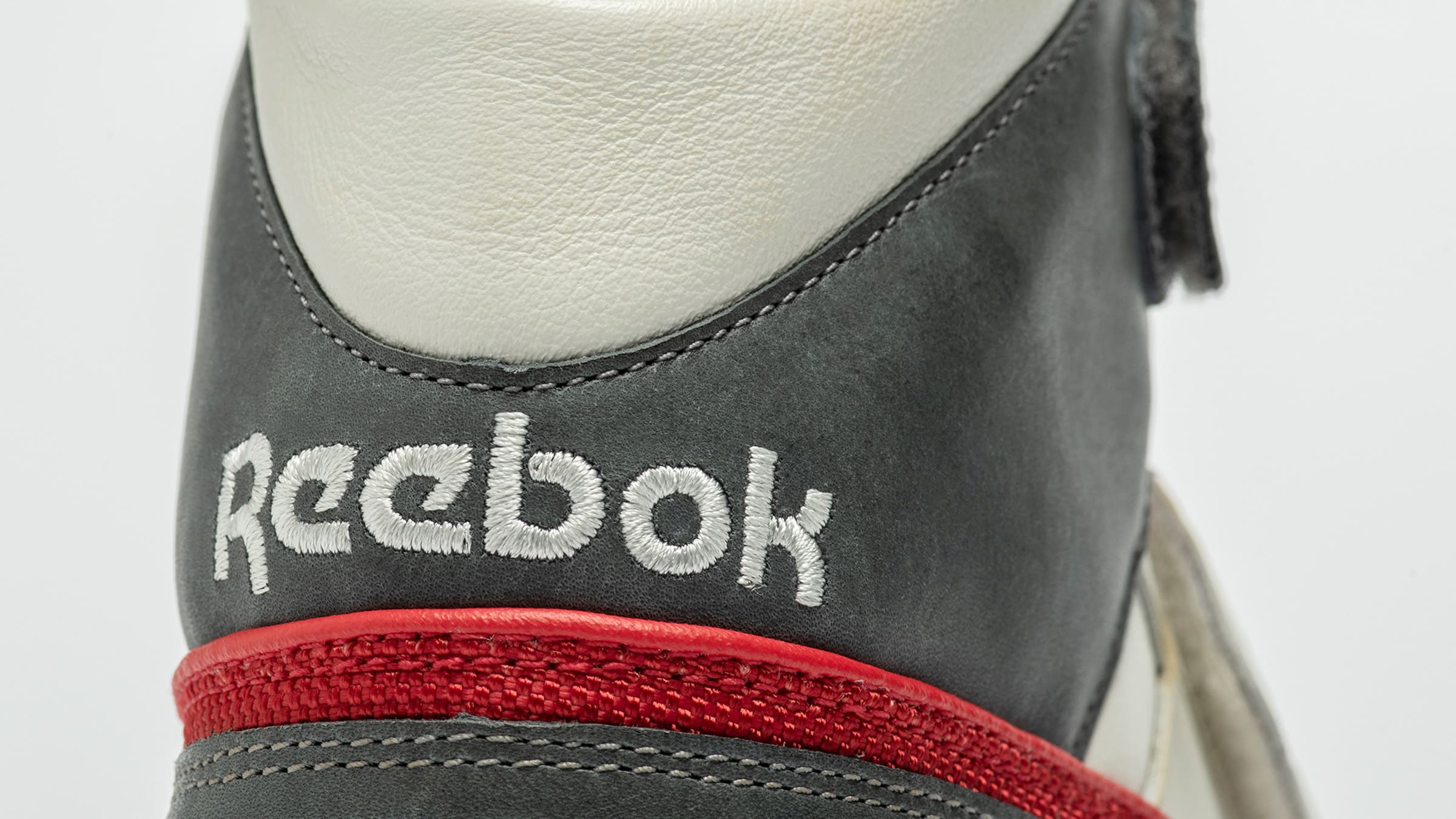 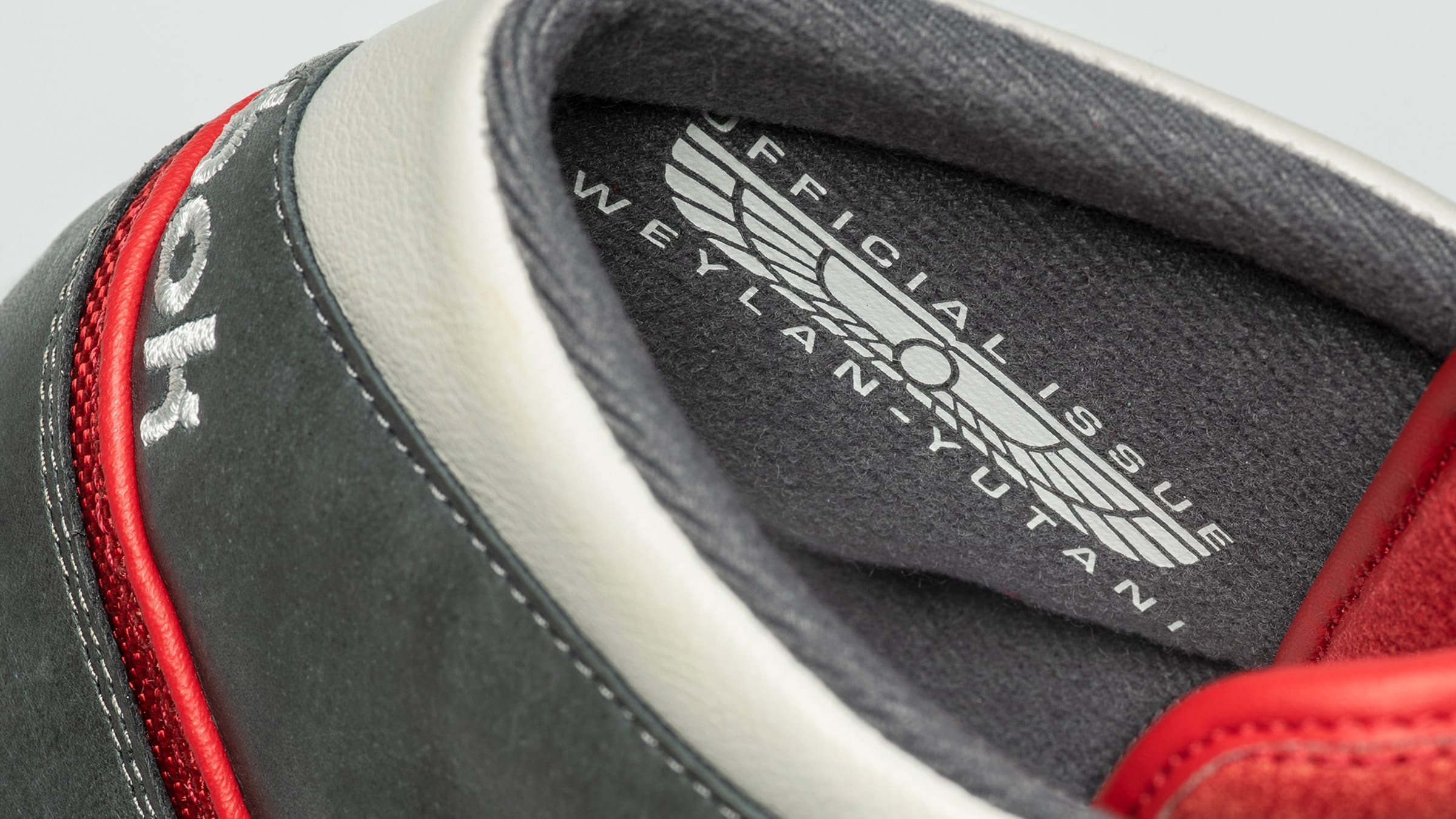 Fans of the movie will know that we were first introduced to these super cool looking sneakers at the final showdown when protagonist of the movie, Ellen Ripley, brought the alien directly into space with the help of the Exoskeleton Power Loader and her Alien Stompers. The futuristic shoe gained cult status among fans and became a coveted collectors item and this latest release from Reebok is a celebration of the movie’s release some 40 years ago.

With the Reebok Alien Stomper 40th Anniversary Sneakers there are a few little design alterations from the originals which make them a more functional pair of footwear for day to day wear. Reebok have done away with the original laces and replaced them with Velcro straps, and this celebration of the hit movie also includes an ankle wrap and the vintage colour scheme of white, dark grey and red accents for a bold visual impact. 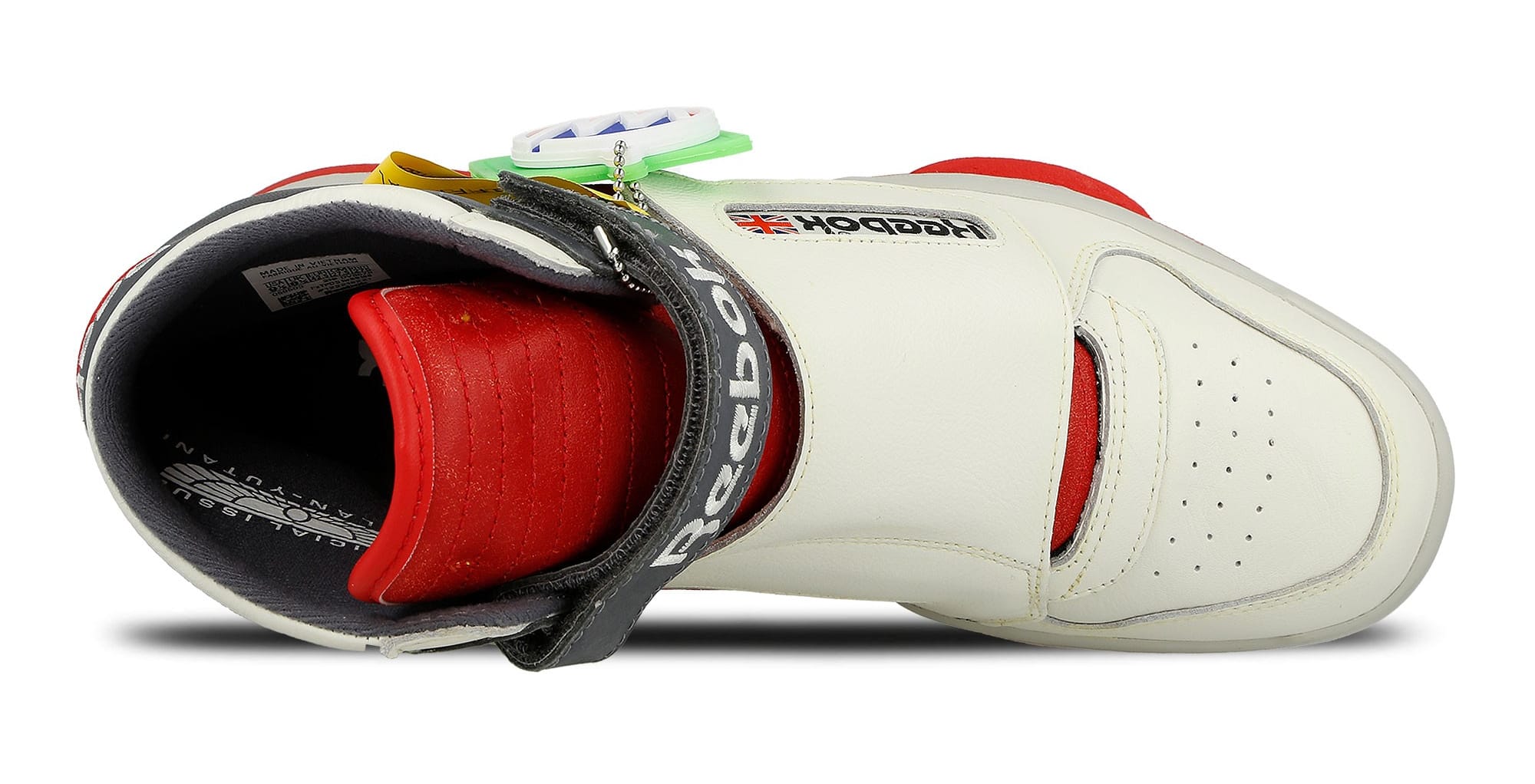 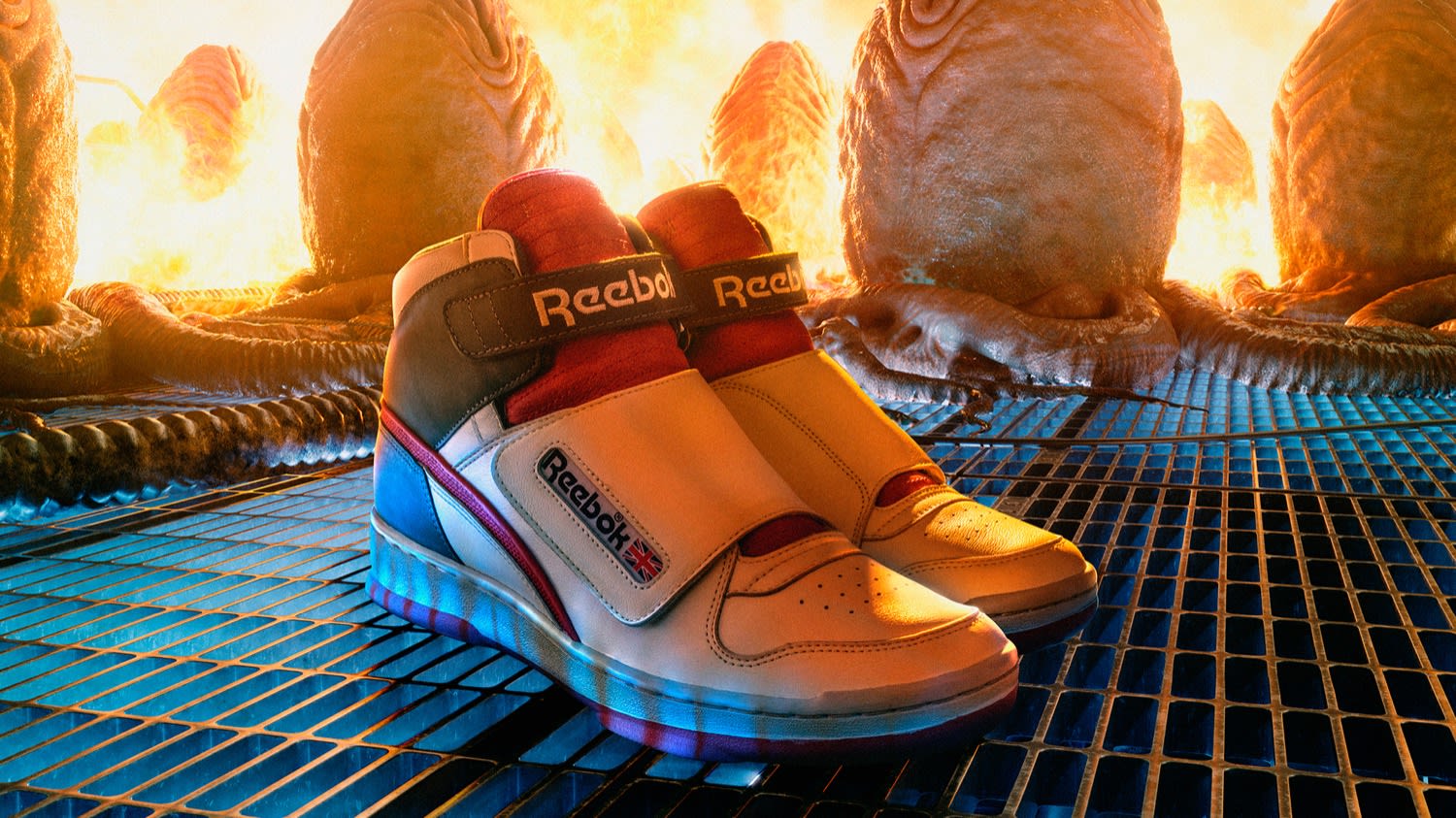 With a price tag of just $175, we’re in little doubt that these Reebok Alien Stomper 40th Anniversary Sneakers are going to positively fly off the shelves either to fans of the seminal movie or sneaker heads the world over. Great design and vintage vibes abound with this great looking nod to one of the best films of the last fifty years and we’ll definitely be hoping to get our hands on a pair here at The Sinsa

Millennials and Gen Z are more conscious of not spending or buying more ...

A fine example of the sort of place we’re looking to head when the tra ...

Market-leading speed* with smart features for capturing a wide range of ...

The Mantl, a new Turkish-style restaurant is set to open its doors on on ...