DONATE HERE
Liverpool’s Melodic Distraction, an independent radio station that has been broadcasting the sounds of the city since 2017, has today launched a Kickstarter crowdfunding campaign to help the community hub secure a new permanent space. Hoping to reach a goal of £35k to cover the cost of relocating, Melodic Distraction will be supported by Dr. Martens on a range of fundraising activities including one-off broadcasts reuniting station alumni, a limited-edition zine and a huge vinyl raffle featuring donations from some of Liverpool’s most loved institutions, DJs and bands including Crazy P, Yousef (Circus), Roy Davis Jr and Greg Wilson.
Melodic Distraction, whose past residents have included the likes of Crazy P and ASOK, recently found themselves forced to leave their premises in the Baltic Triangle at short notice. In recognition of the vital role the station plays in Liverpool’s underground music scene, Dr. Martens has stepped in to keep them on-air with a temporary studio space within the city’s Jacaranda: Phase One venue. The interim studio will provide a three-month base for the station to secure its future without dropping a single beat of broadcasting.
In recent years, despite Liverpool’s national recognition as a cultural hotbed, there has been growing concern that gentrification and developers could decimate the city’s flourishing culture hub in the Baltic Triangle district. With the impact of Covid-19 now threatening even more of the city’s creative landmarks, Melodic Distraction are determined to help to protect Liverpool’s vibrant music scene by raising funds to build a new community-focused music space in 2021.
Responding to Melodic Distraction’s rallying cry, some of Liverpool’s finest musical exports have joined forces to keep the station playing. The Lucky Dig, an exclusive vinyl raffle in collaboration with independent record store Dig Vinyl, will exchange pledges for rare and rated records donated by the likes of Rahaan, Dig Vinyl, Banoffee Pies and James Organ, as well as the station’s 190 resident DJs.

To celebrate the kickstarter launch, Melodic Distraction are also reuniting with special guests and station alumni for a string of one-off specials hosted by artists such as Asquith, Kate Miller, Penya, Yadava, Greg Wilson and more. The proposed site for Melodic Distraction’s permanent new home is within the Tapestry building in Liverpool’s up-and-coming Fabric District. Reaching their fundraising goal would allow them to relocate to two shipping containers at the venue – one to house the radio station and the other to provide a community space and coffee shop – alongside a courtyard with outdoor seating for year-round events once permitted again. The station has committed to prioritising, supporting and where necessary, subsidising, the space for grassroots music and local community organisations.
DONATE HERE
In addition to funding the temporary home Melodic Distraction needed to keep broadcasting, Dr. Martens has also committed to supporting the station’s fundraising efforts for their future home. The collaboration with the station is the first project to be backed through the Dr. Martens Presents platform – a new initiative that continues Dr. Martens long-standing support of subculture by working with local creative networks to raise awareness of the challenges grassroots culture is currently facing. 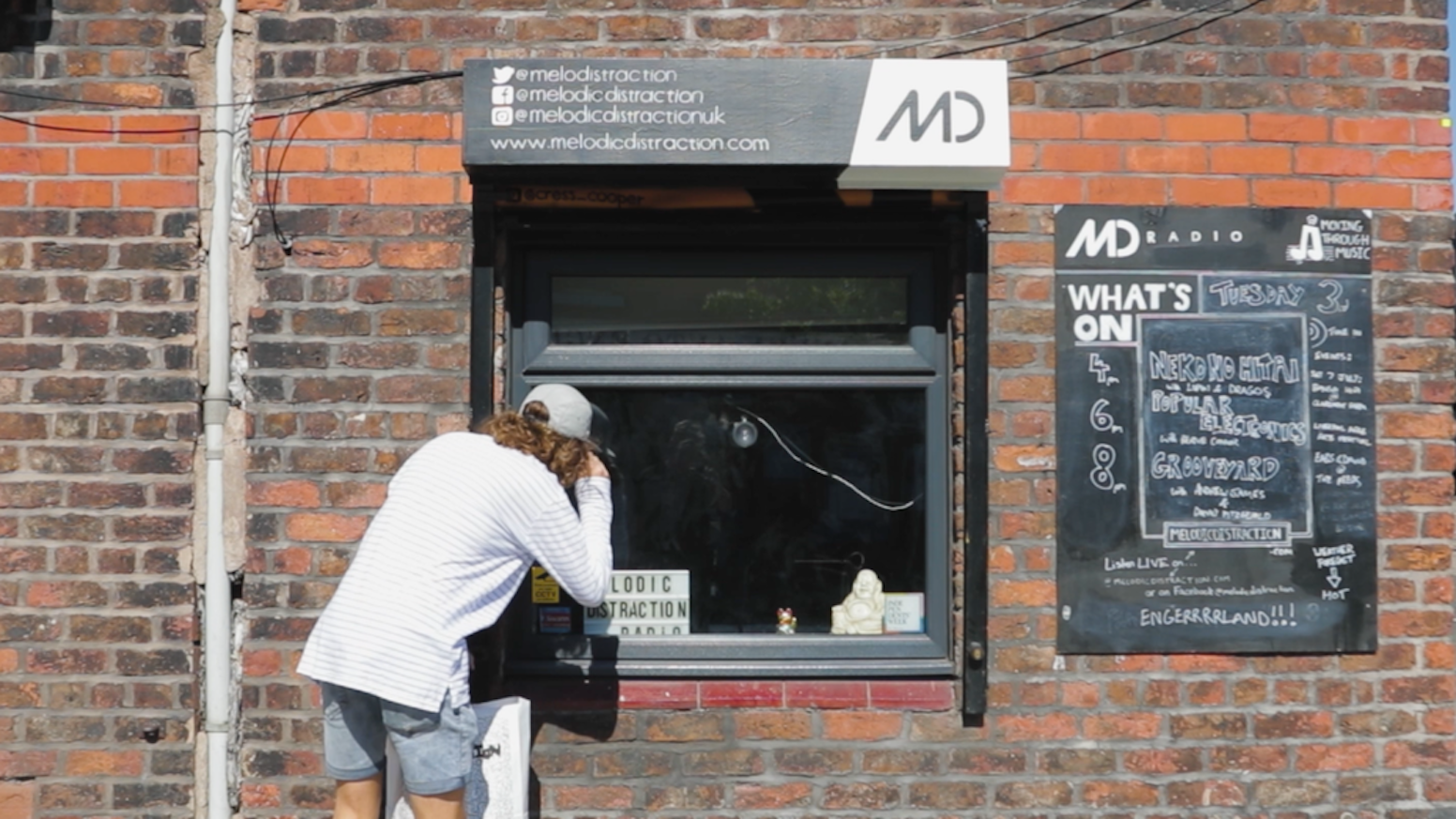 Read more
Life
Spend summer on the skyline with the return of a bigger, brighter Bussey Ro

Be transported to new heights this summer — Bussey Rooftop Bar has ann ...

If it’s motorbikes that dare to be different from an aesthetic point o ...

OLVERUM, famous for its iconic bath oil beloved by celebrities and the R ...

If you’re one for the finer details – whether it’s the camera or t ...