When the sun sets and the volume rises, nothing goes down better than a Kopparberg Dark Fruit Spiced Rum, and to mark its launch, Kopparberg has teamed up with East London creative, Kojey Radical, to design a limited release of 500 T-Shirts inspired by the new rum - and when they’re sold out, that’s it.

Kojey’s design is inspired by the animals that roam the dark forests surrounding the Kopparberg Brewery, which appear on the rum’s bottle, and the headline from the rum campaign ‘We Are Different in the Dark’. The bold composition depicts a character in a wolf-like mask being circled by the wolves of the forests. The design will appear on a range of limited-edition T-Shirts, available to purchase on Everpress www.everpress.com/different-in-the-dark a platform that champions independent artistic talent. All profits from the sale will go directly to the Music Venue Trust, to support independent music venues.

The decision behind the launch partnership is born from an initiative to support independence across the music and drinks industry. The live music sector has been severely affected by COVID-19, with many venues at risk of never opening their doors again. As such, Kojey Radical, who grafted as an artist performing across independent venues like The Old Blue Last in Shoreditch, has teamed up with Kopparberg for this unique collaboration to show his support. These smaller independent venues are the heartbeat of the UK music scene. They allow individuals to go from bedroom musicians to headline shows, something Kojey experienced himself. Kopparberg has always backed the independent music scene, and as such, stepping in to help independent music venues at a time like this was a no brainer.

Rob Salvesen, Head of Marketing at Kopparberg said, “Supporting independent music, artists and the venues they play in is a big focus for us as an independent brand, and we’ve teamed up with Kojey Radical, an exciting and credible artist, to highlight the importance of supporting venues during this turbulent time. Kojey’s T-shirt design has been inspired by the bottle of our new Kopparberg Dark Fruit Spiced Rum, and it completely embodies our product tagline of being ‘Different in the Dark’ and coming alive at night. We know that Kopparberg fans and fans of Kojey alike will enjoy this limited-edition range of T-shirts, which support the Music Venue Trust; a charity close to both ours and Kojey’s heart.”

Despite being primarily known as a musician, Kojey Radical started in the world of fashion and his passion for storytelling is displayed through his exemplary visuals and creative output, which have become as much as a calling card for the respected young artist as the music itself. His last EP started as a capsule collection and turned it into a body of work. This time round, the fashion focus drew inspiration from the new Kopparberg Dark Fruit Spiced Rum and with both parties focused on supporting the independent music space, the limited-edition T-Shirts were born.

Kojey Radical is consistently reinventing the wheel of what it means to be a true creative and setting his ambitions sky high across every aspect of his art, with his outputs transcending the music, art, culture and fashion worlds.

Kojey Radical said, “I attribute a lot of my success to performing at small and independent venues in London and when Kopparberg, as an independent brand with a love of music, approached me to collaborate, it seemed like the perfect way to show my support. Rum is my go-to drink before a gig, and I often find myself sipping on a rum whilst doodling and working on my lyrics. Kopparberg’s new Dark Fruit Spiced Rum has a real depth in flavour, which fuelled my creativity and inspired me to design the artwork for the limited-edition T-Shirts. This artwork is a symbol of feeling like a superhero when creating, with the intention of making others feel that same energy when they’re interacting with the creation, be it music, videos, or visual art.”

All profits from the sale will go directly to the Music Venue Trust; a charity helping to financially support independent music venues, as well as providing information to venues on alternative sources of aid. In 2019 they helped save 91 venues at risk, this year they aim to help save 550, and that isn’t going to be possible without some help. So, think of each T-Shirt purchase as a donation towards saving a popular independent music venue, with a limited-edition piece of memorabilia designed by one of the most talented artists of a generation as a bonus. 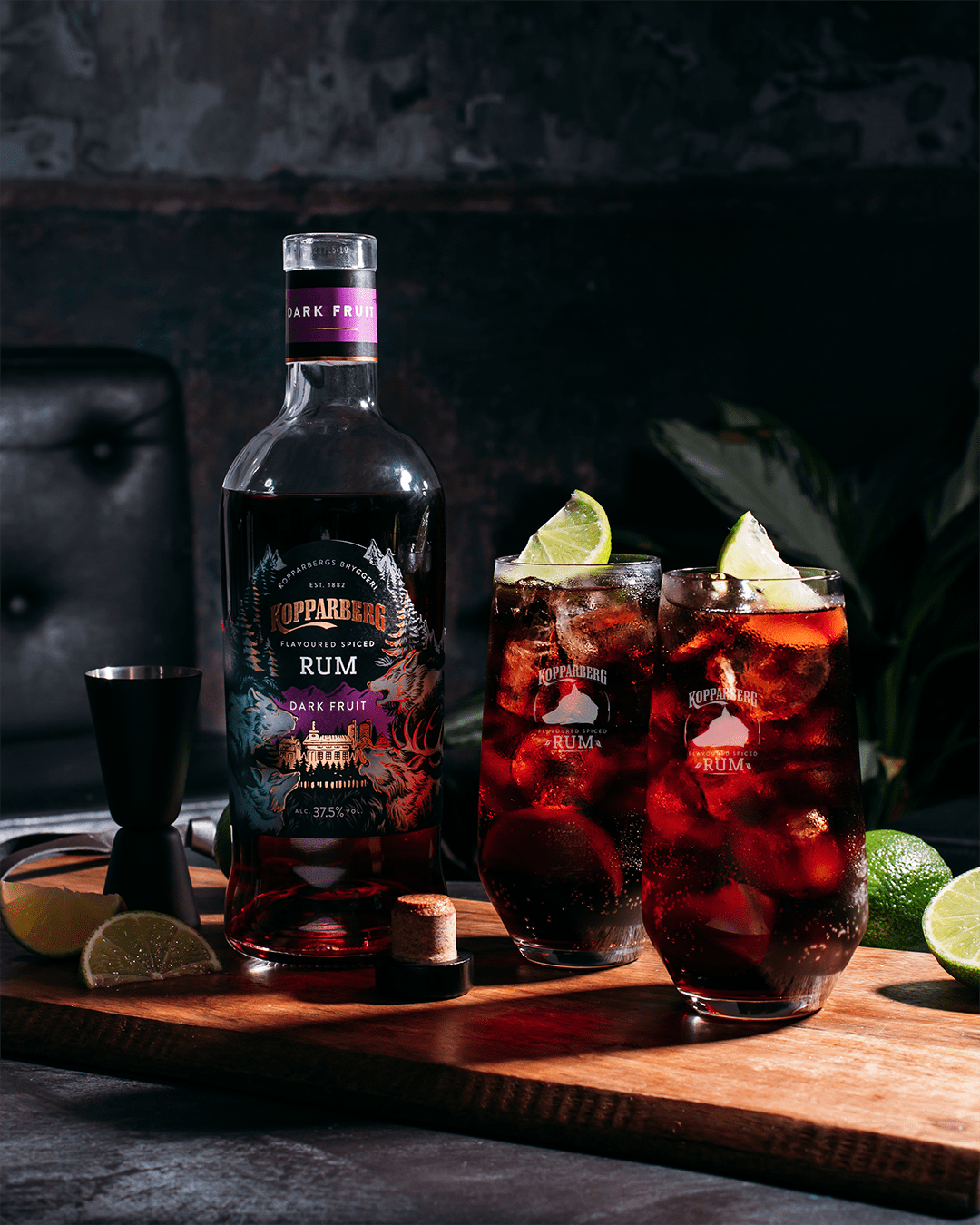 Needless to say, Apple rejuvenated the mobile phone industry when they d ...

Patrón has collaborated with two of the best restaurants in London to b ...

Slap bang in the middle of autumn as we are, with winter waiting menacin ...

When you think of instant cameras, it goes without saying that Polaroid ...

Trying to decide which beer to pair with your Winter dining can sometime ...