Creative Technology will be previewing at CES 2020 theCreative SXFI CARRIER, a home theater soundbar jointly developed with Dolby Laboratories. Combining the cutting-edge competencies of both companies in audio engineering, design, and surround sound technologies, The SXFI CARRIER has redefined the performance limits of what a compact soundbar can achieve. 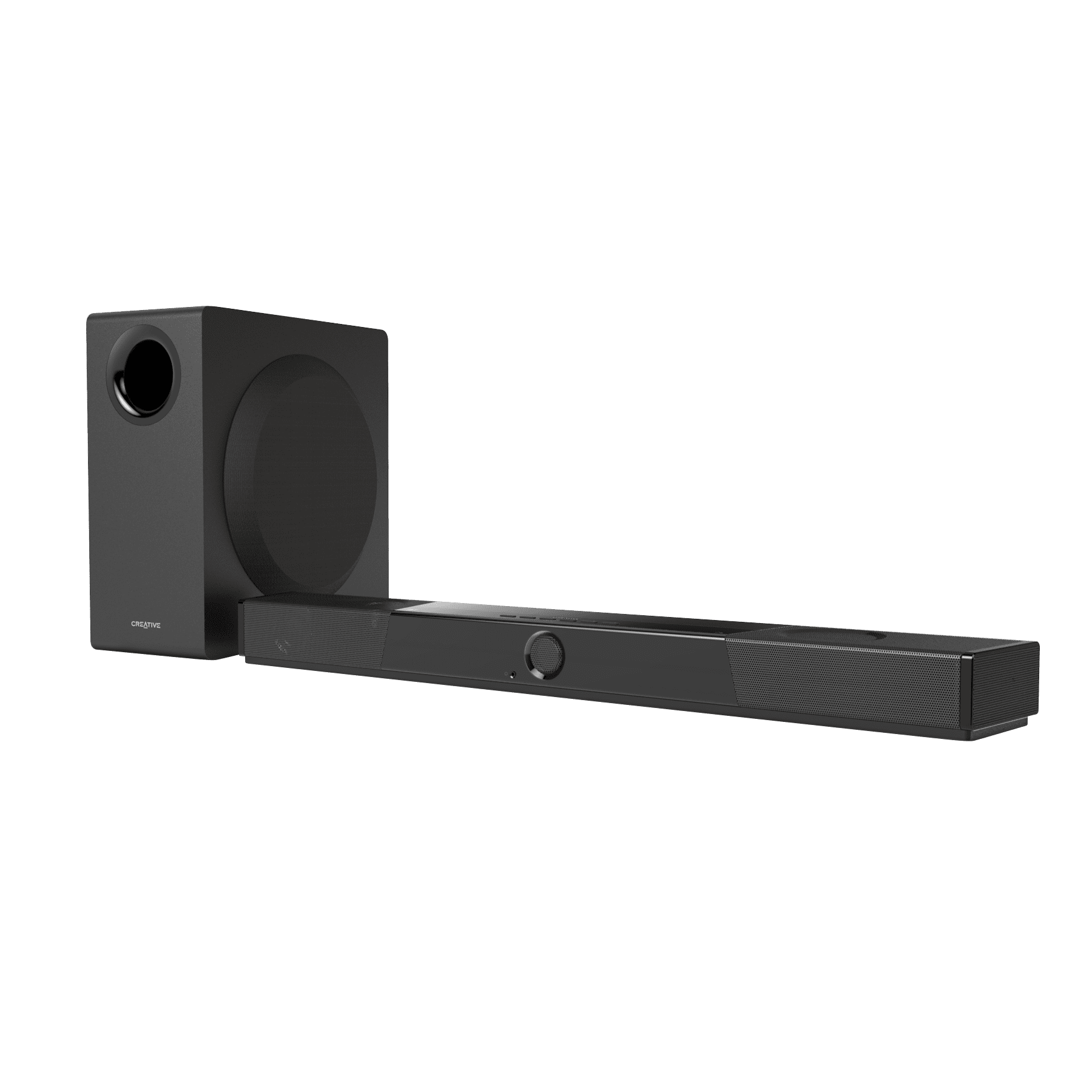 The audio quality of compact soundbars is typically compromised by its smaller footprintwhich limits their ability to create an expansive soundstage. SXFI CARRIER, despite measuring just 880 mm in length, delivers breathtaking, moving audio from a soundbar based on a custom Dolby design for a first-of-its-kind DASS soundbar.

“We are thrilled to have partnered with Creative to bring this first-of-its-kind sound bar experience to consumers around the world,” said Mahesh Balakrishnan, Vice President, Dolby Laboratories. “Consumers will be able to enjoy a breathtaking Dolby Atmosexperience through an innovative acoustic design developed by Dolby, which is unheard offrom such a small compact form factor.”

The SXFI CARRIER carries on from the engineering marvel of Creative’s award-winningsoundbar, the X-Fi Sonic Carrier, dubbed by industry experts as ‘the soundbar of the gods’. The development of the SXFI CARRIER involved meticulously arranging the acoustic concepts to achieve a pristine, unadulterated, and powerful acoustic performance that sings the prowess of a home theater system in an incredibly compact form factor. The finishing touch is a powerful 10–inch wireless subwoofer, which serves to maximize the full potential of a compelling soundbar solution. 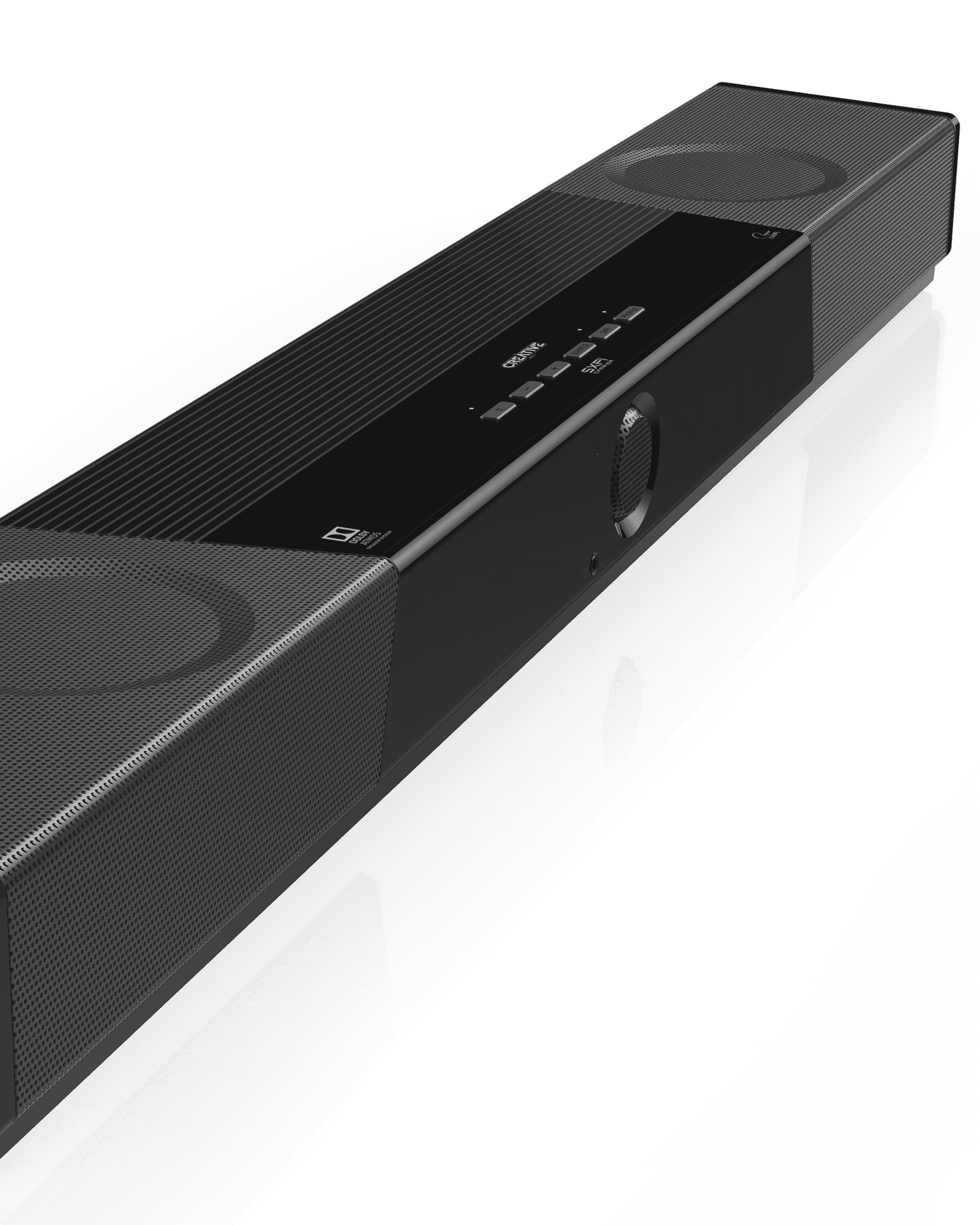 The SXFI Carrier breaks yet another dimension by being the world’s first soundbar with Super X-Fi Headphone Holography – that swept 15 best-of awards at CES 2019. Super X-Fi recreates the soundstage of a surround speaker system in headphones, and personalizes it with Artificial Intelligence for a natural listening experience. Users will be able to experience this through SXFI CARRIER’s headphone output, and enjoy cinematic audio as if they were listening in speaker mode; a feature that is especially useful when watching late-night movies.

Beyond this, the SXFI CARRIER will also feature a versatile connectivity profile, including Bluetooth, USB-C and USB-A ports, a HDMI eARC port for uncompressed and lossless HD audio, and two HDMI 2.1 inputs, which will allow rich sound and high-resolution picture quality to pass through from an 8K video source.

“The SXFI CARRIER is the result of a defining collaboration between Dolby and ourselves,which has broken through so many boundaries and realized so many possibilities of what a compact soundbar can achieve, which of course was only possible with the full dedication and commitment from both teams. With this, SXFI CARRIER is able to achieve the same audio signature as the Sonic Carrier, at half the size and at a fraction of the price. Moreover, with Super X-Fi Headphone Holography, users can enjoy the definitive Dolby Atmos experience through headphones as well,” said Sim Wong Hoo, CEO of Creative.

The SXFI Carrier is slated to be launched in Q2 2020 and will be priced attractively underUSD1,000.

Ember, the design-led temperature control brand, has announced the launc ...

A triumph in truly wireless headphones, well worth the wait.

Treat your home to the best coffee machine this Christmas and Froth It U ...

NEW MUTE SURVEY SUGGESTS 83% OF UK HOUSEHOLDS HAVE A SNORER, WHICH IS HA ...