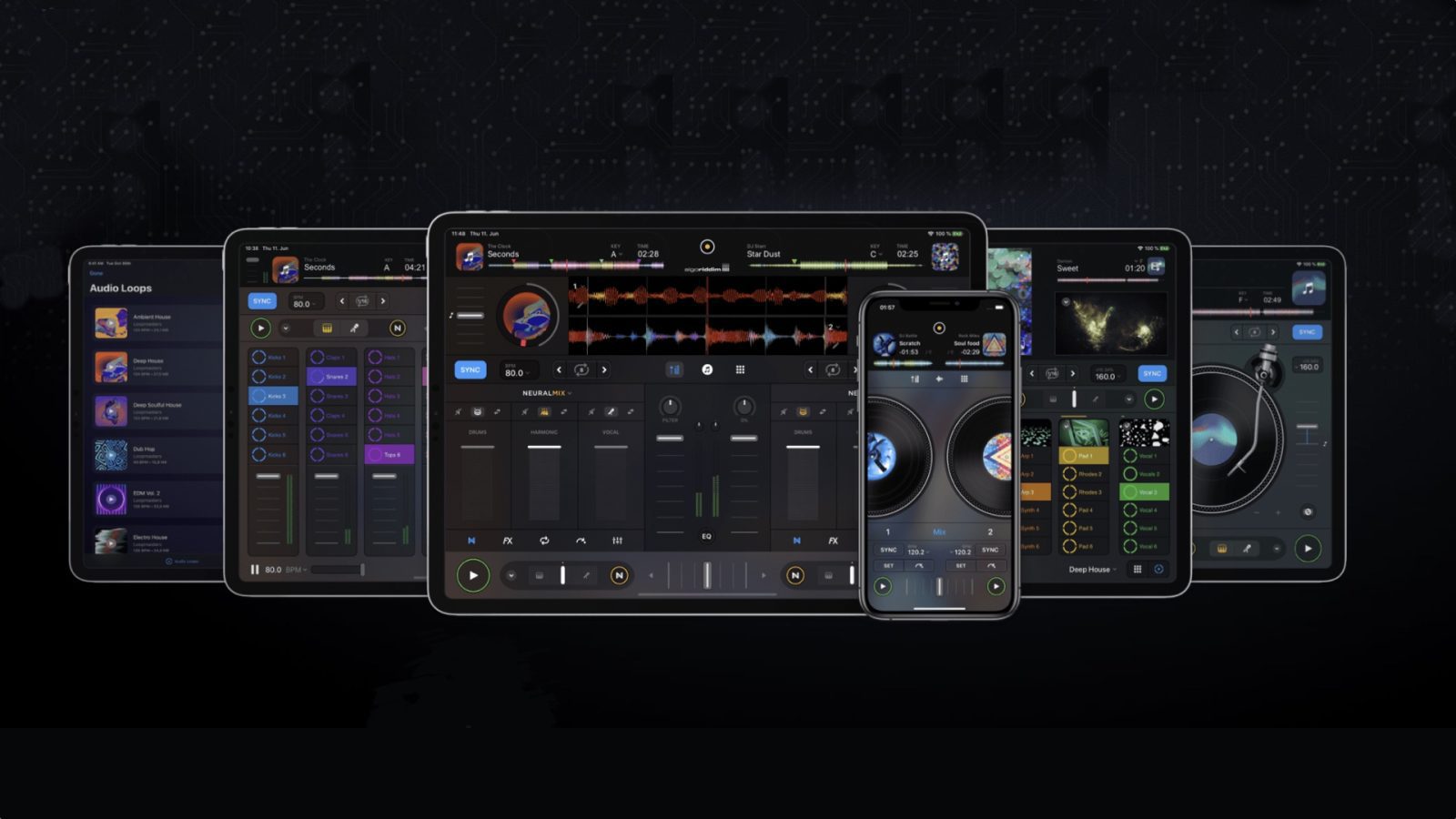 Algoriddim announced today they have integrated ShazamKit with djay, its Apple Design Award-winning DJing platform. The major update to djay makes it one of the first apps to harness the capabilities of Shazam’s audio recognition, available on Apple’s new iOS 15 operating system, opening up a new chapter for hyper intelligent music applications.

The built-in feature utilizes Shazam’s recognition technology enabling djay users to discover music playing in their surroundings; whether they are at an event, listening to the radio, or playing a back-to-back set with another DJ. Once a song has been identified, djay instantly loads it onto the virtual decks and plays the audio in sync with the external music source. Time synchronization is achieved by detecting and matching the exact part of the song through Shazam. djay’s Automix feature can then create a mix with similar tracks, automatically remixing the song, applying effects, and deconstructing it into its original components using its Neural Mix technology. djay also saves previously identified songs to users’ Shazam history in Control Center on iOS 15.

“Integrating Shazam into djay completely transforms the creative workflow of DJs. As a DJ you are constantly on the lookout for great new music to play at your next gig, but identifying a track and the process of getting it into your library has been a challenging task with no seamless way to do it. Now, whenever you hear a great song you can load it into djay’s decks with the tap of a button and instantly unleash your creativity,” said Karim Morsy, CEO of Algoriddim.

From music recognition to discovery to remixing, djay provides a first-of-its-kind AI-based music experience. The ShazamKit integration is the latest in a range of features made possible by iOS devices, including Neural MixTM, which utilizes the Apple Neural Engine to allow users to isolate beats, instruments, and vocals of any track in real time and redefines the boundaries of creative mixing.

Building on the modern Audio Unit v3 plug-in architecture and new system Audio Unit views added in iOS 15, djay now also allows effects to be added on the master audio output. Users can choose from 14 system effects as well as dozens of third party apps providing Audio Unit effects to add powerful audio processing on the output signal. This can be used, for example, to tailor the audio to the characteristics of the connected PA using precise, fully parametric EQ or to even out the signal for broadcast using multi-band compression for the best possible audio experience.

djay is available as a free download on the App Store. The optional PRO subscription for $6.99 per month or $49.99 per year will offer full access to all content and features of djay Pro AI across Mac, iPad, and iPhone. A 7-day free trial of the complete PRO subscription is available.

Find a few selections below for the modern Mum from drinks to wellness < ...

this awesome-looking Tidbyt Retro Display is funding over on Kickstarter ...